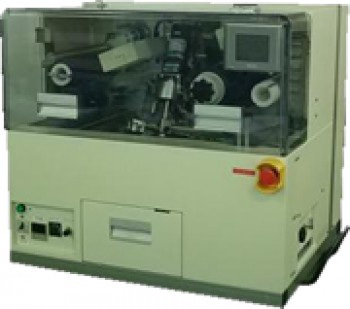 Semiconductor Equipment Corporation is the distributor for the new Nitto Denko MSA840-II Semiautomatic Wafer Mounter. The operator simply places the wafer and frame. The system automatically feeds the tape, applies it to the frame and wafer, trims the tape and removes the waste.

The MSA840-II can be converted to full automatic operation with the addition of a wafer and frame handling tool.

this is just a test